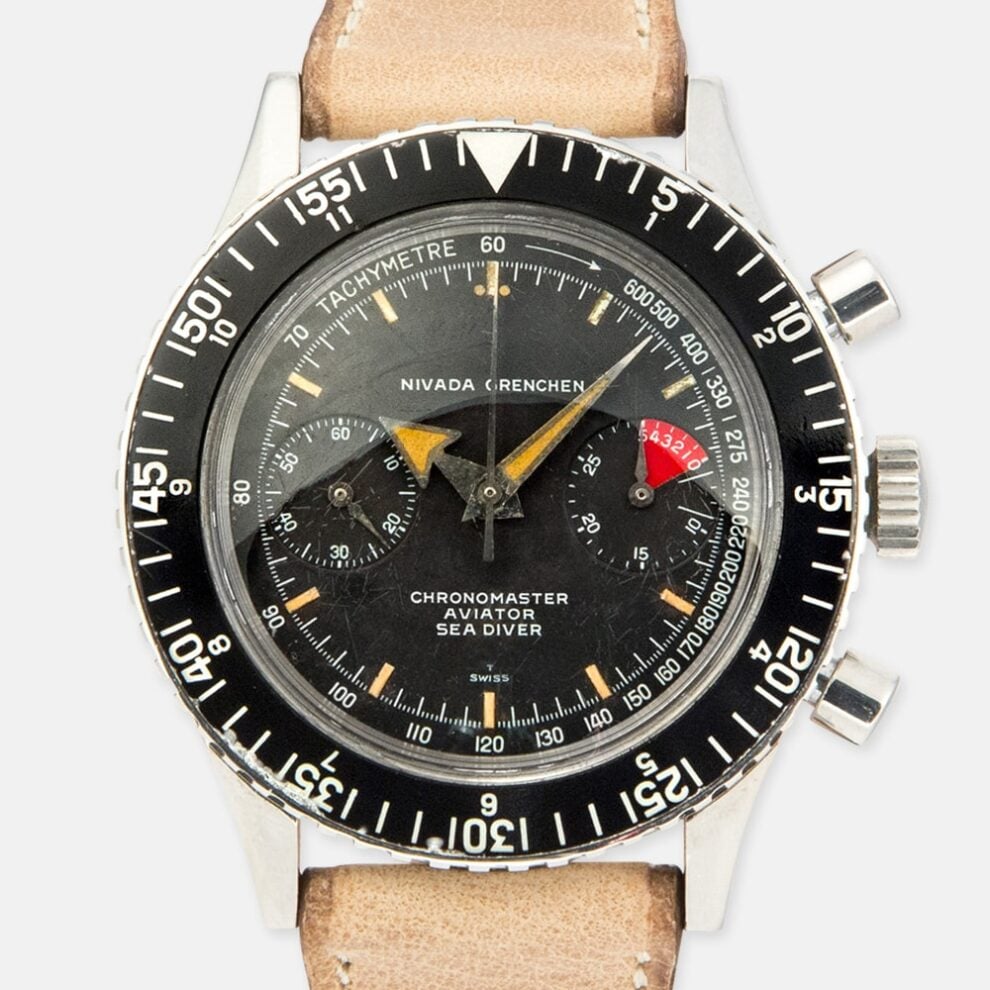 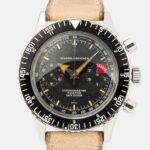 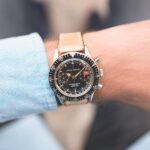 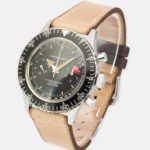 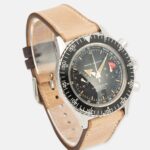 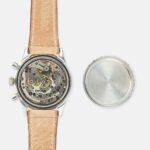 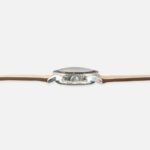 The Nivada Chronomaster Aviator Sea Diver exists in numerous variations.
It was in 1961 that the “CASD” first appeared in its “CHRONOGRAPH” version. As comfortable on the ground, in the air, and under ocean waters (200 meters), it was equipped with the Venus 210 caliber.

The movement would be replaced a year later with the 92 caliber on models under the two brands of NIVADA and CROTON.

The first references featured dials with radium, but this model has a dial marked “T SWISS”, indicating the presence of tritium. We have here, thus, one of the last references equipped with the Valjoux 92, confirmed by the case back, the crown, and glass shape.