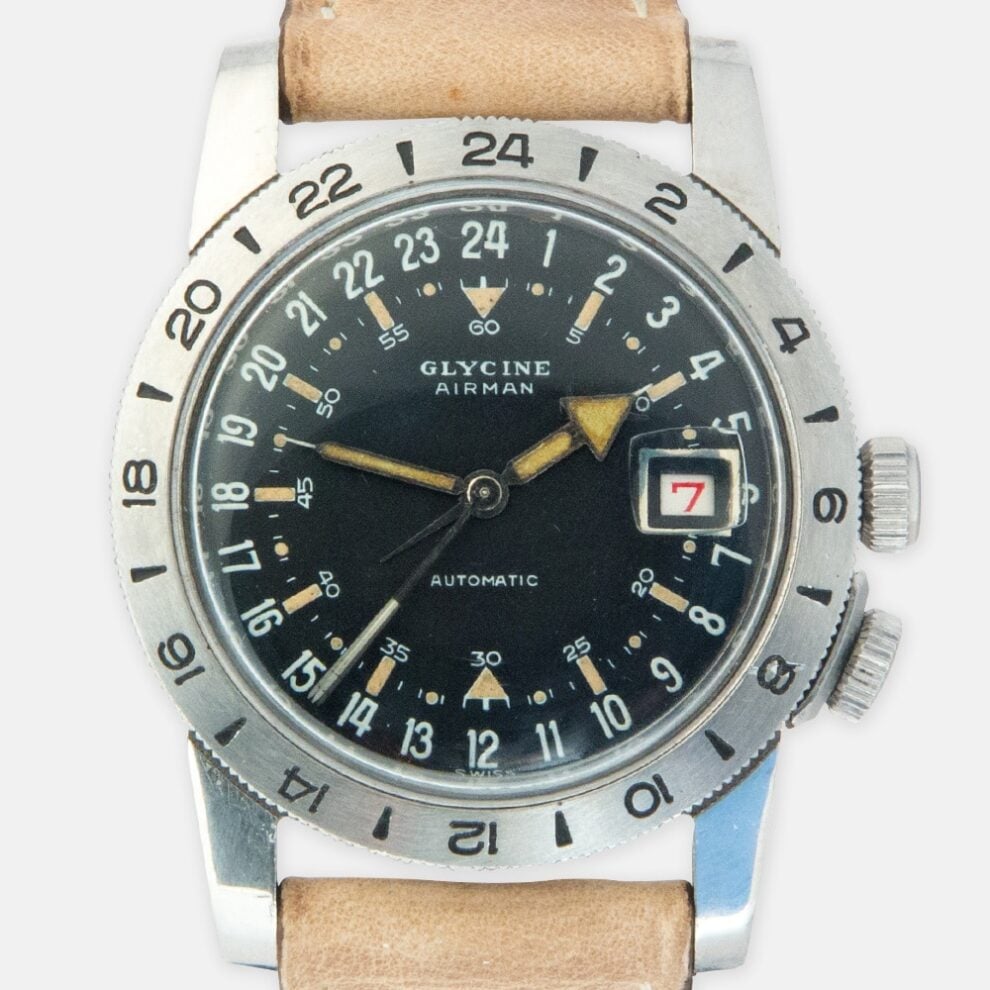 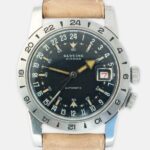 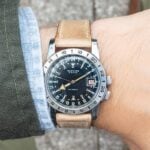 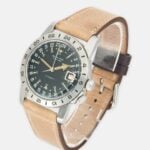 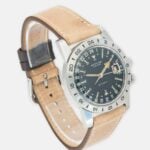 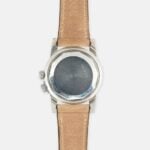 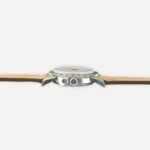 It was in 1953 that the legendary Rolex Submariner appeared. That same year, another “great watch,” however little known at the time, was born: the Glycine AIRMAN. This watch, which costed only a hundred dollars when it was first released, was particularly appreciated by U.S. Air Force pilots given its technical characteristics: 24 hour engraved dial and bezel, crown at 4 o’clock (patented in 1953).

Now for the anecdote. The Glycine Airman prides itself on having been in space, just like its big brother the Omega Speedmaster. Charles Conrad Jr., the third man to have walked on the lunar surface, wore the famous “Moonwatch” on his left wrist during official space missions, but also an Airman on his right wrist. The reason is simple: the Airman allowed him to keep the notion of day/night thanks to its 24 hour display